As a result of the lockdowns imposed in the UK to restrict the spread of the COVID-19 virus, socio-economic chaos has ensued. Inducing the greatest global recession since the Great Depression, the virus resulted in -20.4% economic growth in the second quarter of 2020 as much of the secondary and tertiary sectors came to an abrupt halt. 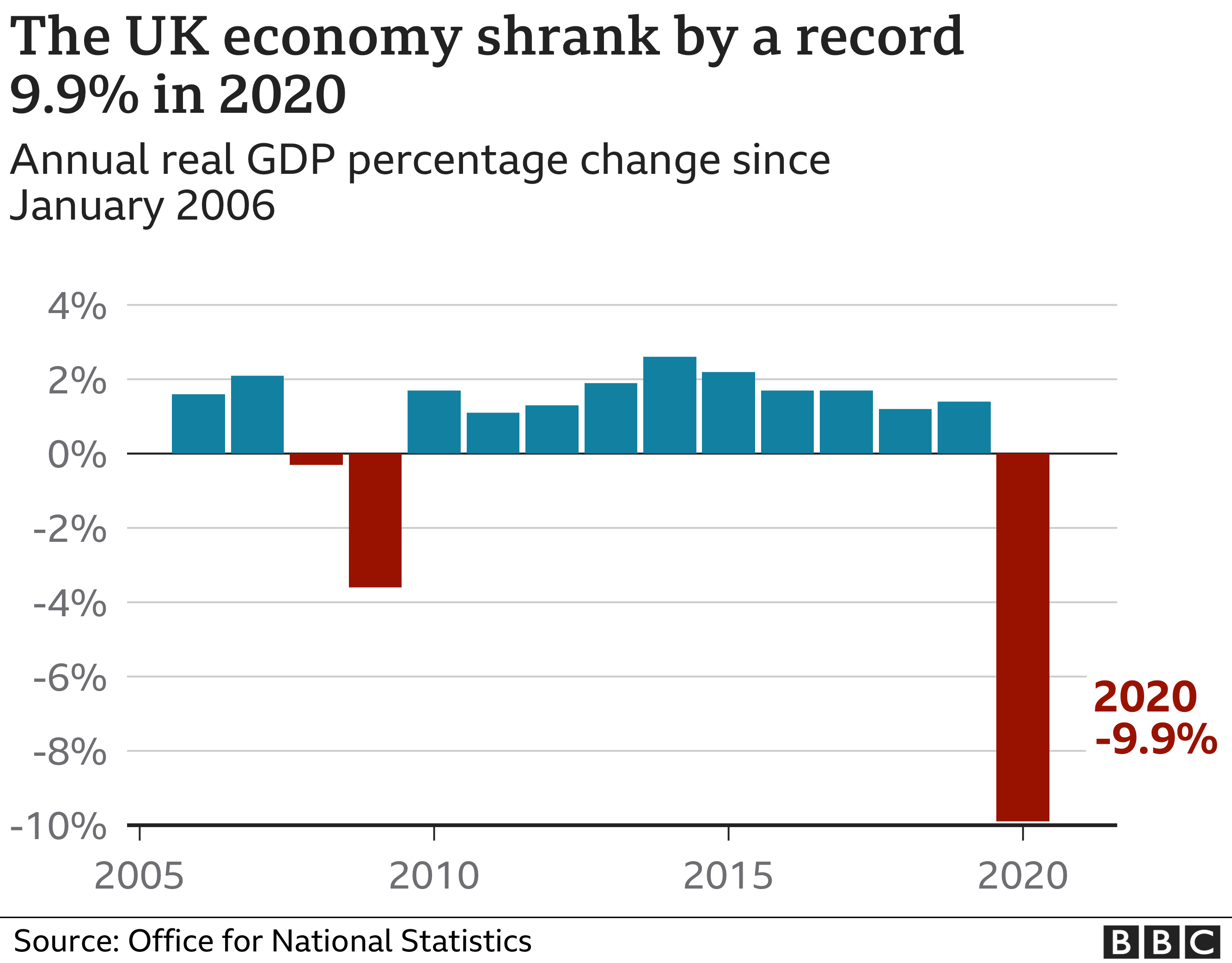 Since the start of the pandemic, the UK government has maintained a firm monetary policy and kept interest rates as low as 0.1% in order to stimulate consumer spending and boost GDP in the economy.

Despite this policy as well as other government interventions, there was just 1% growth in GDP in the 4th quarter of 2020, and as these growth figures continue to show no sign of significant improvement, more drastic measures may need to be implemented for the UK to overcome these challenges.

The premise of this policy is that as the Bank of England reduces their base rate to negative, banks are being paid a small amount to borrow money from the central bank, and banks would respond by cutting interest rates on a credit card, loans and mortgages. As such, consumer spending is incentivized which would help to accelerate the UK’s economic recovery.

John Maynard Keynes in his theory of the paradox of thrift posits that personal savings are a net burden on an economy during a recession. Keynes believed an economy in a recession does not operate at full capacity as some of its factors of production are unemployed. As in the circular flow of income model, an increase in current spending results in an increase in business profits and investment in factors of production, which stimulates economic growth in the long term.

Therefore, Keynes proposed policies to increase current spending in a recession to boost the economy. Negative interest rates are a suitable way of doing so; de-incentivising consumer spending by charging a fee for saving money increases consumers’ marginal propensity to consume and aggregate consumption.

However, the effectiveness of this policy largely depends on consumer confidence. Even if interest rates are negative, consumers may be reluctant to increase their spending, as the wealth effect speculates that people spend more as the value of their assets rise, as they feel more financially secure and confident about their wealth.

In this way, fundamental shifts to consumer behaviour as a result of the pandemic suggests this may not be a favourable strategy. A recent McKinsey study suggests that 90% of consumers are not yet resuming ‘normal’ out of home activities, and a further 65% say they will decrease their spending on discretionary categories.

Perse, this would indicate that consumers would be unwilling to increase consumption, thus rendering the policy ineffective.

In the past, the effect of implementing negative interest rates in Japan would suggest there is little hope for this concept. In the short term, Japan’s strategy in 2016 was successful; as negative interest rates rely on low-inflation in the economy, their interim quantitative easing program through bond buying resulted in 12.2% of quarterly GDP growth per capita. However, after 6 months of the policy, Japan’s bond market was in disarray and has had negligible economic growth since 2016.

In general, it is likely that in the short term implementation of negative interest rates in the UK would accelerate growth in the UK economy, but its lack of effectiveness in the long term as demonstrated by historical events and current circumstances makes this policy implausible for the Bank of England.

Alternatively, as opposed to monetary policies to attempt to boost the economy in recession, structural reform may be a more attractive solution. Say’s Law advocates that the fall in demand in a recession will result in falling prices, which will eventually stimulate demand at a lower full employment. Although there is an argument for nominal rigidity in the current pandemic environment (a situation in which a nominal price is resistant to change which contradicts this theory), a more laissez faire approach as connoted through Say’s Law may be effective in catalyzing economic growth.

Throughout the pandemic, technology-driven disruption continues to transform all activities at a startling pace. Major technological advancements in the 21st century have opened up an endless amount of new possibilities in every-day activities of all industries; particularly throughout lockdowns as a result of the virus outbreak there have been significant changes in the healthcare and education industries through telemedicine and distance learning.

For example, changes in terms of remote medical consultations have helped us discern the true value of technology in these fields, which in the past have fundamentally not been impacted by technology. Especially in these industries, the new unearthed value of technology has allowed for more access to forms of higher education and healthcare, particularly for people in rural areas who couldn’t access this otherwise.

The productivity paradox is an observation made that as more investment is made in information technology, worker productivity may go down instead of up. In a recession, rising productivity (as a measure of efficiency of work) results in lower unit labour costs for UK firms, and thus improved competitiveness and trade performance. In the long term, this rise in rate of productivity growth is proportional to the trend rate of growth in the economy, which means that economic growth is likely to rise. There is speculation that the rise in productivity due to investment in IT arises with a ‘lag’, and thus after a period of exponential technological advancement in the 21st century, the pandemic is a fitting point in time for this era to begin. 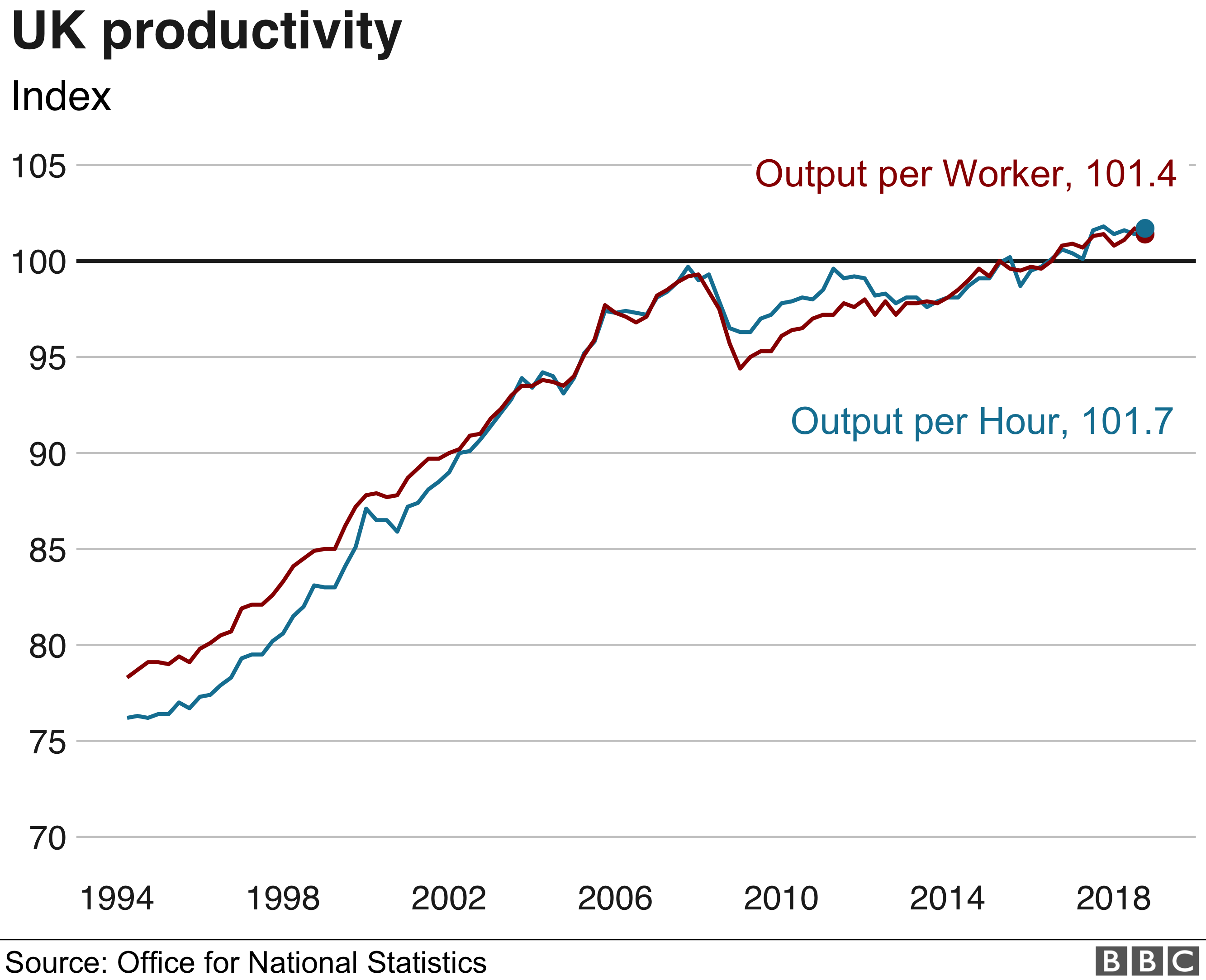 As implied by the diagram, the level of productivity growth in the UK in the 21st Century has been exceptionally low, and thus is ‘due’ to have a spike in growth at some point.

As such, if the government were to adapt to the changing technological environment, they could capitalise on an inevitable rise in productivity that would benefit industries of all kinds.
Though, this policy of investing in integrating technology into all areas of work would most likely excel after a long period of time.

Thus, the government can form a synthesis of these two policies to maximise the potential for economic growth out of the current recession; in the short term implementation of temporary negative interest rates would plausibly increase aggregate demand and economic growth. However, its inadequacy in the long term would tend for the government to invest in, or subsidise, businesses to integrate the benefits of recent technological advancements into their practice.

Adnan Baig is the author of ‘Negative Interest Rates: The Best Policy to Overcome the Economic Effects of COVID-19’. Adnan Baig is a student of Economics at Nottingham High School.

Could Gaming Be a Good Investment in 2020?

How Much Money Do You Need to Start Trading