The Internet of Things is revolutionizing oil and gas. Energy companies are increasingly looking at how to harness their data across their supply chain by connecting their “things” – the people, processes and assets. Huge investments have already made in technology across operations – now the key is to leverage these investments to create new efficiencies and cost savings.

IoT in Oil and Gas Europe 2016, held June 29-30 in Abderdeen, United Kingdom, will provide a competitive advantage to operators and service companies who are looking at ways to:
· Maximize the life of current assets
· Drive productivity and operational efficiency
· Reduce cost in the current price environment 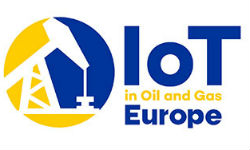 Follow IoT in Oil and Gas Europe on Social Media:

IoT in Oil and Gas Europe on LinkedIn

Why Executives are Choosing Private Jet Charters over Business Class

New Or Used Cars – Which Are Better Economically?

How to Maximise Your Compensation in a Personal Injury Case

How To Meet And Beat Your Sales Goals

How to Choose Payment Processing for SAAS Platforms

Defending Racial Equality in the Workplace – A Brand Position